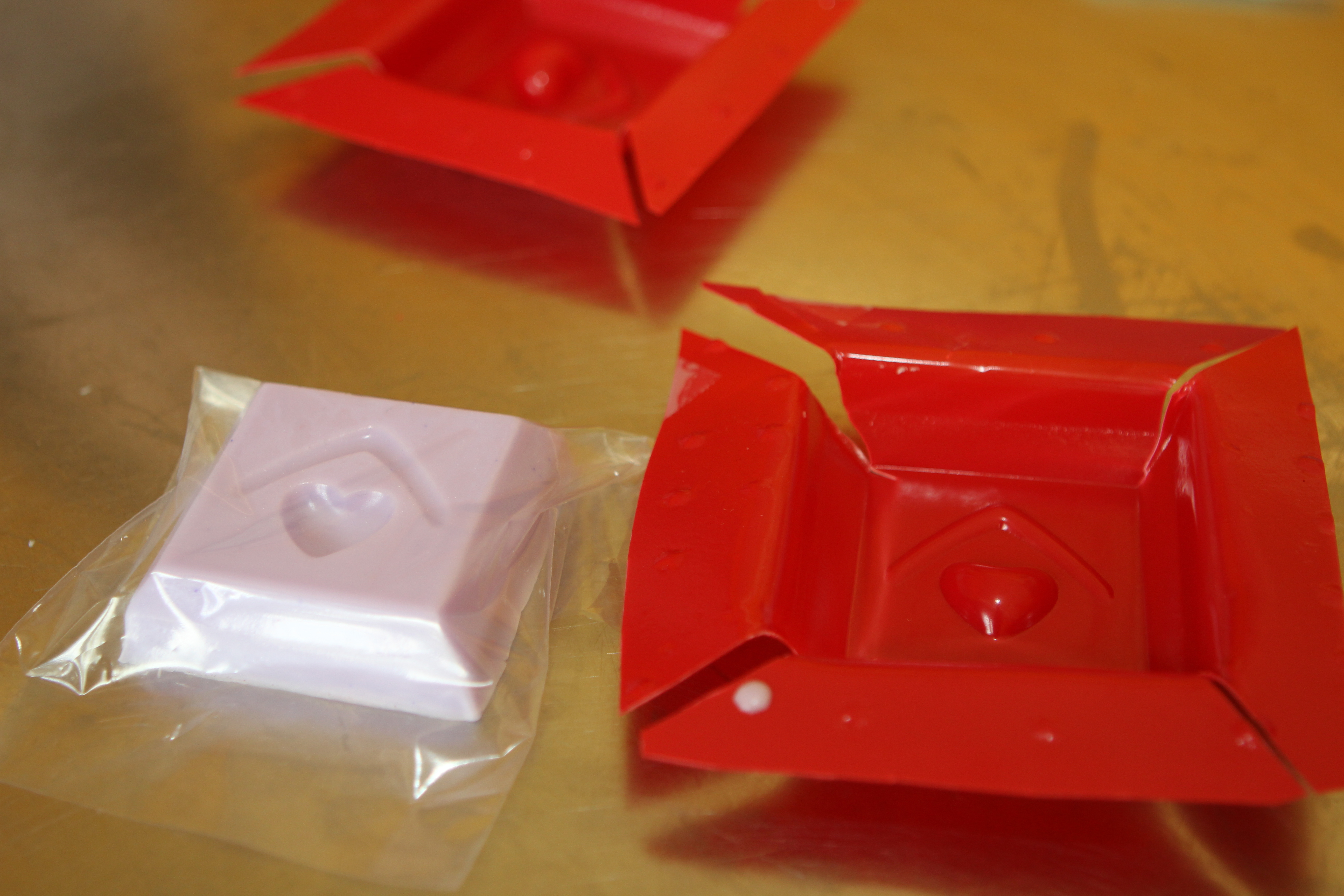 On Friday, May 11, BakerRipley’s Community Based Initiatives Division (CBI) held their quarterly conference. The main topic of conversation was the agency’s response to Hurricane Harvey, the importance of self care, and resiliency. Fab Lab Houston was asked to put together a one hour workshop following the theme of self care.  We determined that making soap would not only fit the theme, but would give our colleagues a chance to see what some of our equipment can do.

We spent the week leading up to the meeting making prototypes and testing our procedures. The first step was to design our mold. BakerRipley’s logo is a heart with a roof over it. Brent Richardson, Fab Lab Developer, used an online tool to convert the two color logo into an SVG. He then imported the SVG into TinkerCad and made the 3D model there. From TinkerCad he then exported the .stl file to open in the Roland CNC Mill CAM program to prepare it to be cut using the CNC mini mill. 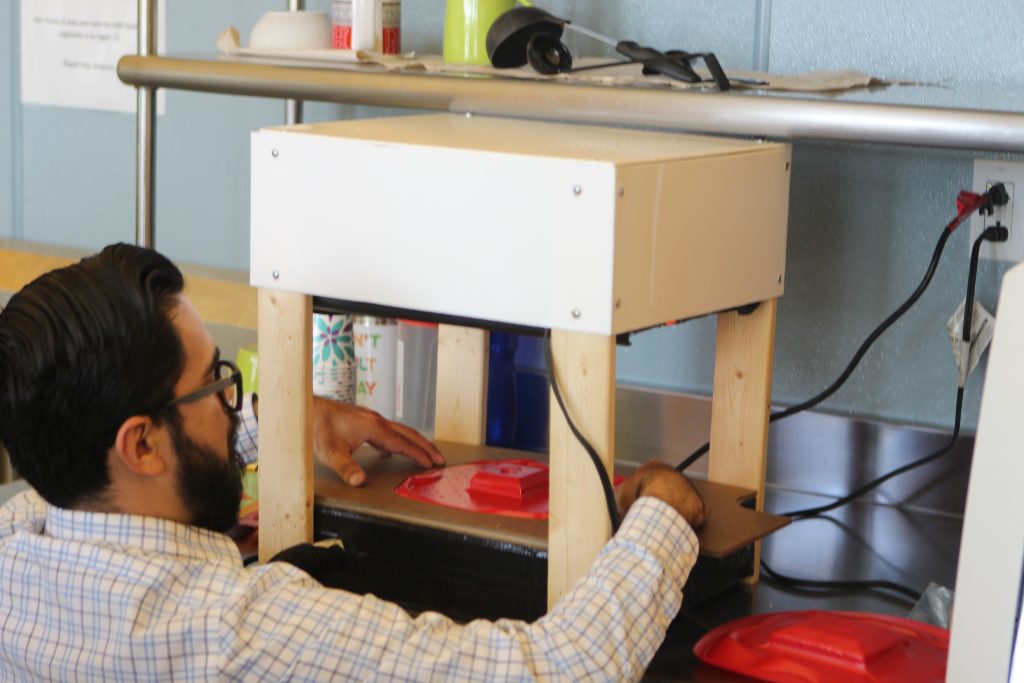 Our first prototype blanks were milled into a thick foam. In order to turn these blanks into molds we used a homemade vacuum molder. By heating up a simple plastic plate under a space heater we were able to make the plastic pliable for molding. Once the plastic was melted, we pulled it down on top of our blank and turned on a shop vac that was attached to the bottom platform. The platform has holes cut in it to allow for even air flow. We quickly figured out how long to hold the plastic plate under the heater. If it is held too long the plastic becomes too thin to make a proper mold, not held long enough and it won’t form to the blank. Another issue we quickly ran into was that due to the raised edges of the logo a solid seal was unable to be made, resulting in a somewhat blobby looking logo. That problem was quickly solved by drilling holes through the foam in the areas of the logo to allow for proper airflow. We ultimately ended up completely drilling out the heart and roof.  At this point we needed to be very careful with the heating of the plate as warming it too much would result in the plastic being pulled all the way through the blank, which made an interesting effect of a hole in the middle of the soap. Through all the testing the foam started to melt due to the heat of the plastic plates.  We made a final mold out of medium density fiberboard (MDF) and finally started to make our 20 molds needed for the workshop. 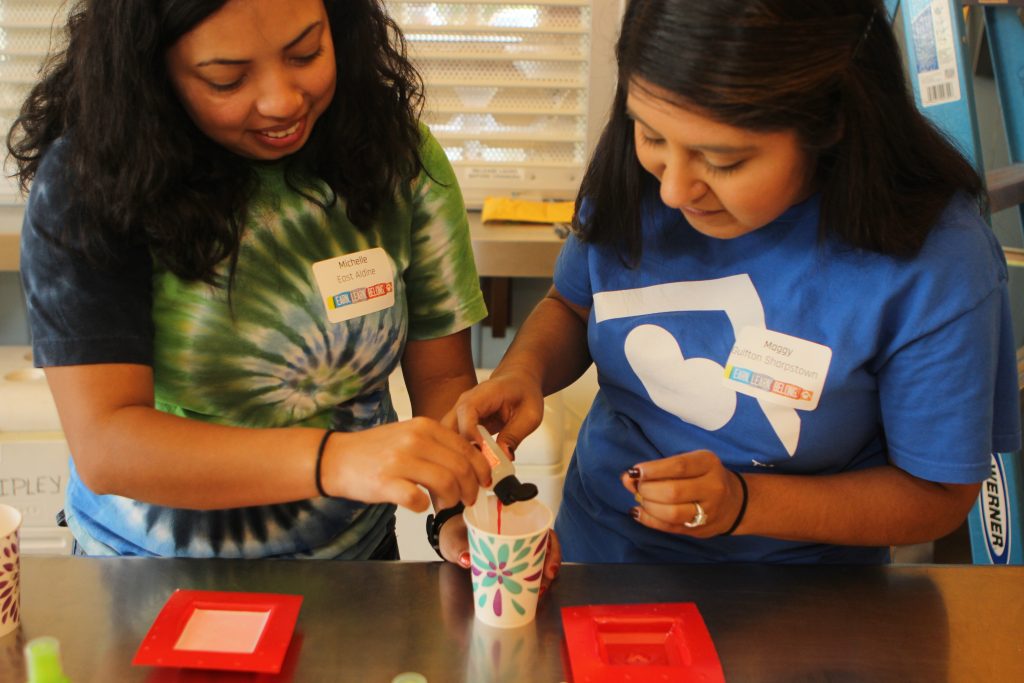 Friday arrived and we were happy to see our co-workers excited to make their own soap. We explained the process to them, and even had the vacuum molder and CNC mill on hand to show them what the process looked like. We had all the bar soap separated into plastic cups for easy melting in less than 30 seconds in a microwave.  Once their soap bar was melted down, participants were able to choose their own color and scent for their bars. Many ended up making more than one, excited to experiment with the mixing of scents and colors. 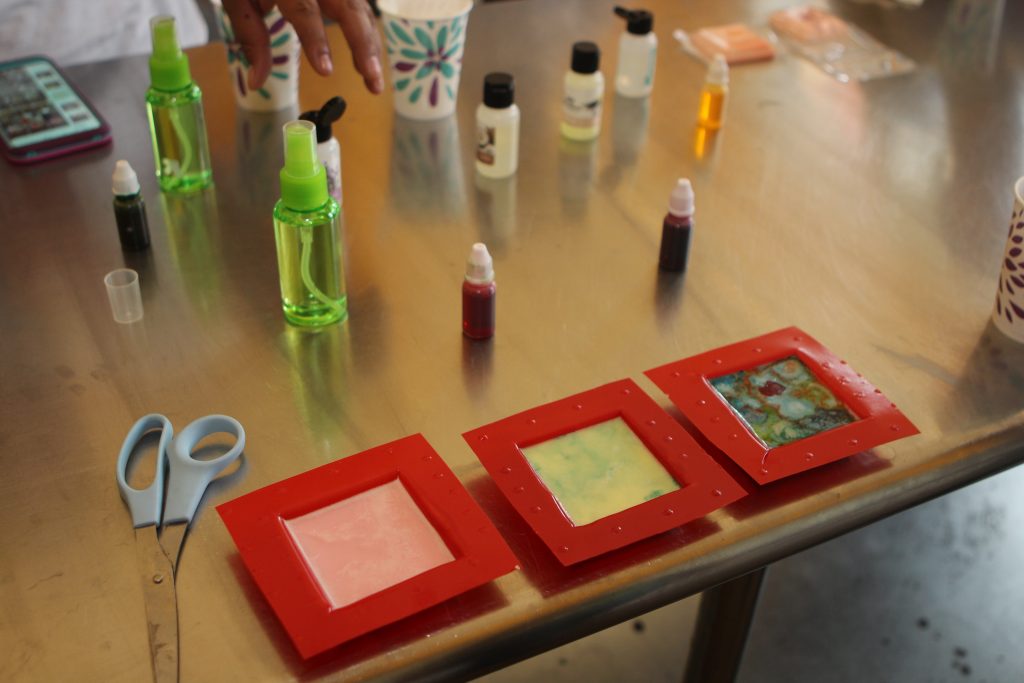 We would love to see this set up as a workshop once the Fab Lab is open. Allowing participants to make their own molds to create a truly custom bar of soap.