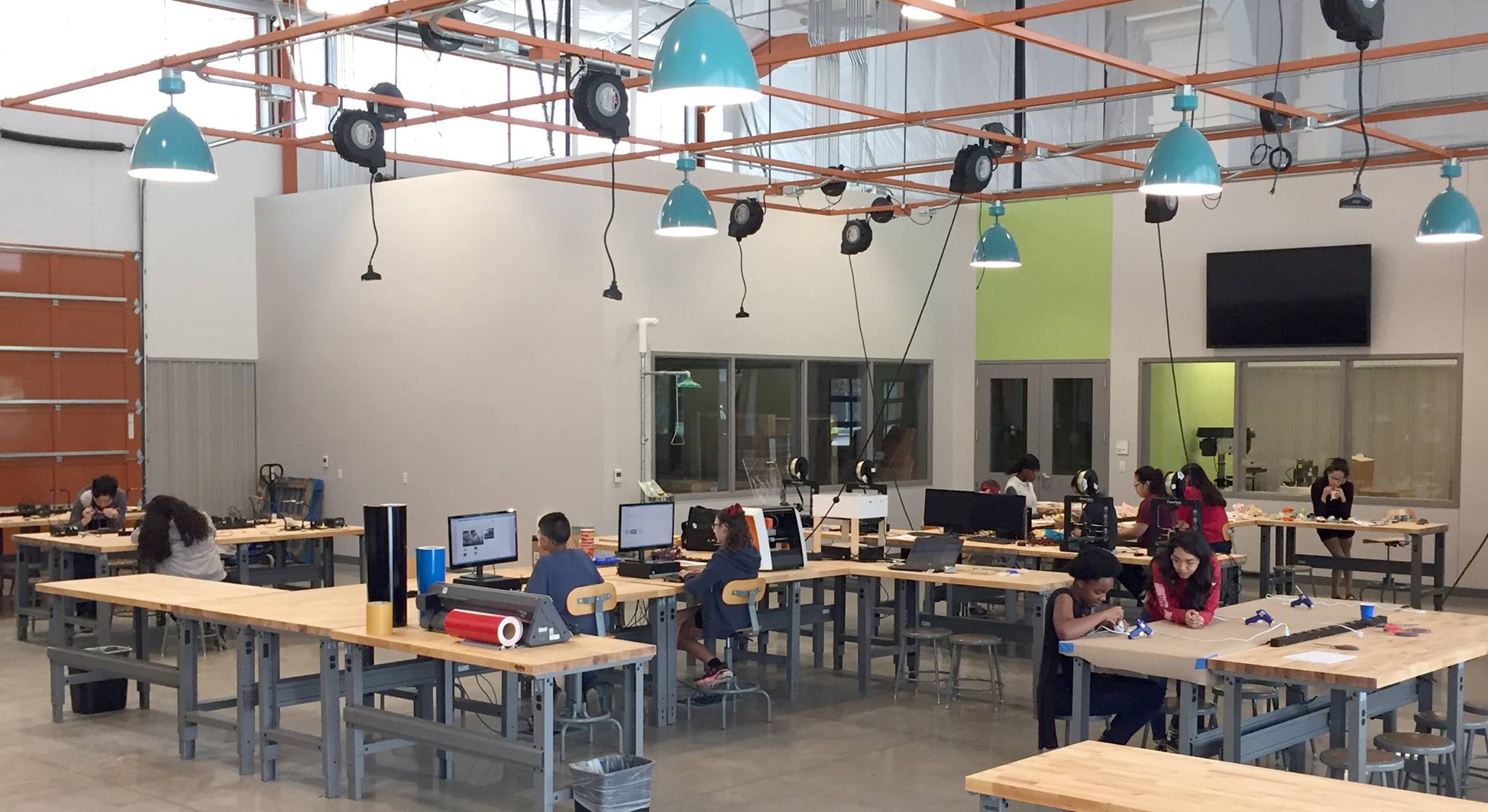 This summer Fab Lab Houston hosted their first program, the Ambassadors.  Our Ambassadors were made up of 15 middle and high school students from the East Aldine area.  During the 14 days that the Ambassadors spent in the Fab Lab they learned digital fabrication, computer coding and programming, all about circuits and so much more. 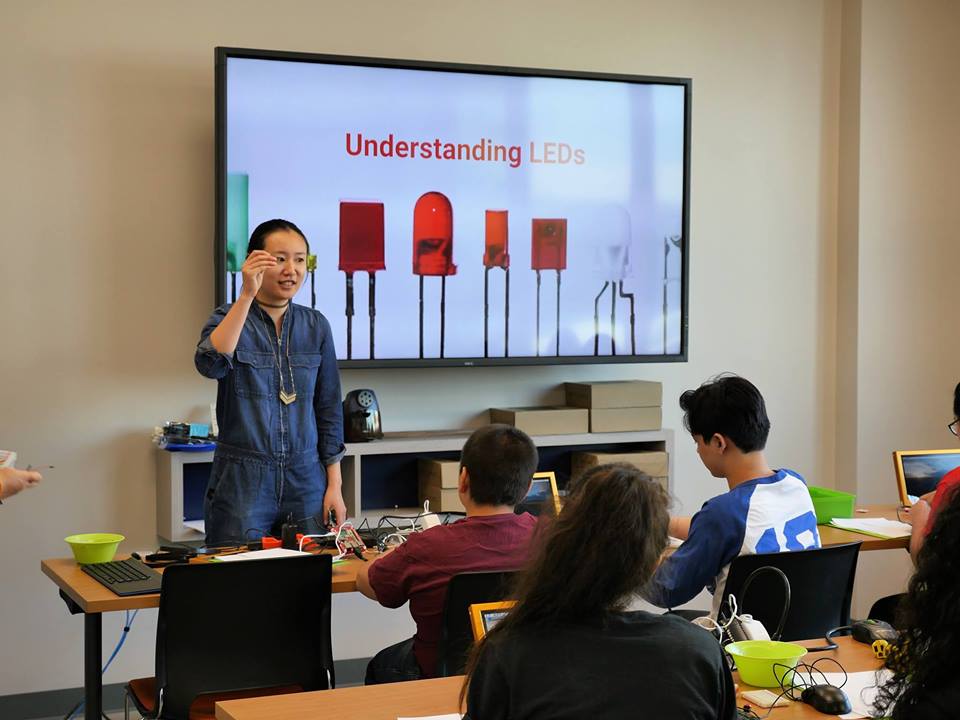 For the Ambassadors program we partnered with Code Park to bring computer coding and programming activities to the youth. Code Park works hard to “Empower under-served students with creative coding experiences.” They worked with the Ambassadors 2 days a week to give them a basic introduction, leading to more complex programming. The students were able to explore how the popular game Mine Craft works to start.  By the end of their sessions with Code Park they were able to use Python to code sensors that were light and temperature sensitive. 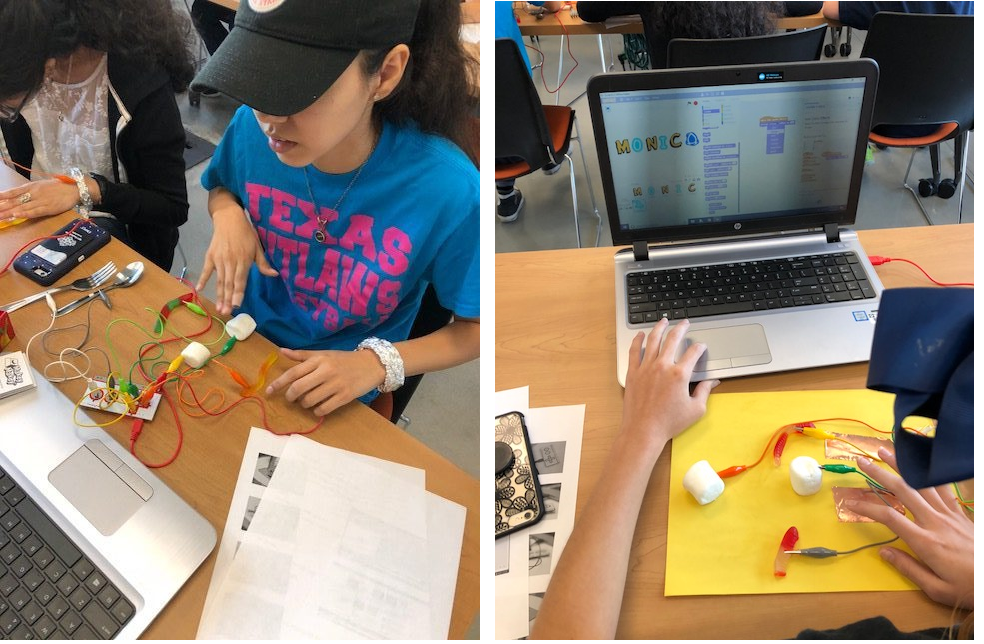 Our Makey Makey kits were a hit with the Ambassadors as well. The students were able to use the kits to turn conductive materials into controllers for playing games and music through Scratch  This website has a wonderful tutorial on how to do basic coding as well, showing students how to use “if / then” concepts.  You can use the site to animate pictures, your name, play games, and even create your own basic games. 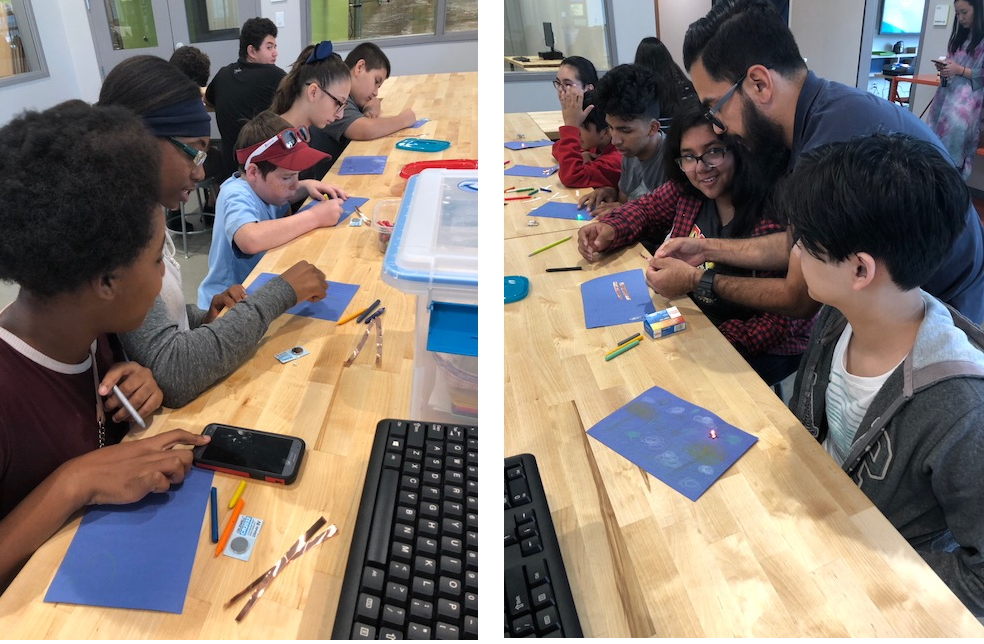 Paper circuits were used to introduce the Ambassadors to basic circuitry. The students had fun incorporating basic art into their projects as they drew what the night sky looks like to them, adding a light up star at the end. They learned which colored LED light bulbs draw the most power, causing the bulbs to flicker or not stay on for very long. 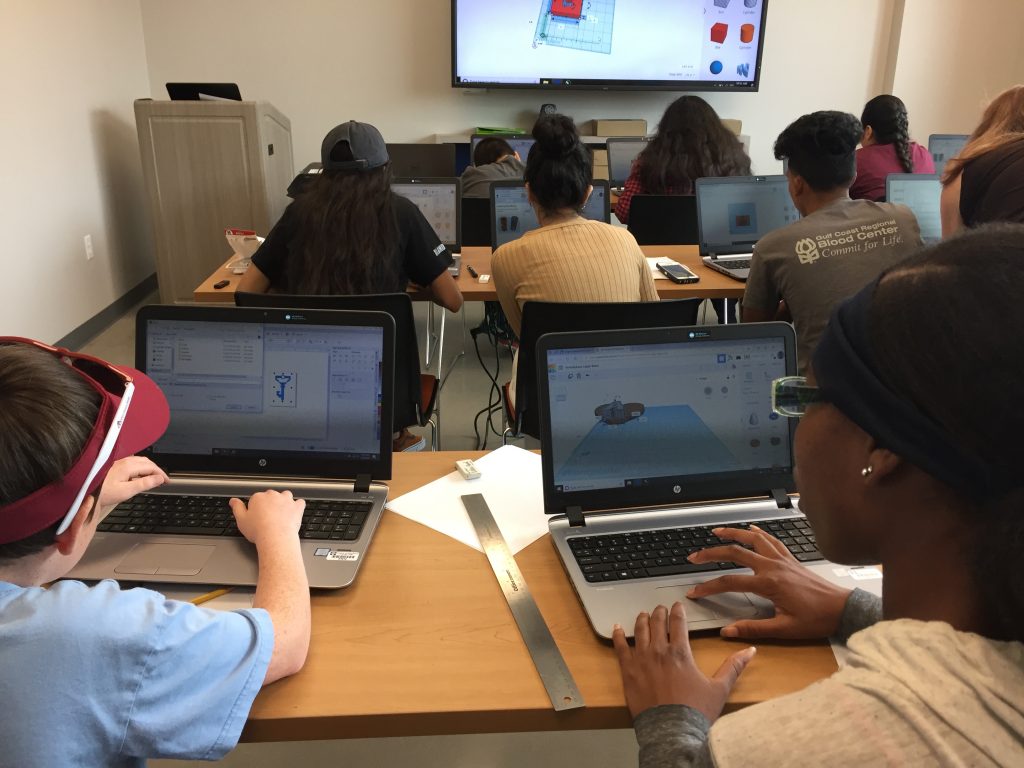 One of the first digital fabrication projects that the Ambassadors got to participate in was creating a 3D image to make their own bar of soap.  First, they drew their shapes out on a piece of paper with Sharpie pens so that we could scan them into the computer as vector images to make clean, well defined lines. Once the students had their files they were able to upload them into Tinkercad where they were turned into 3D images. From there, the Ambassadors used the mini CNC mill and 3D printers to make the blanks for their soap molds. 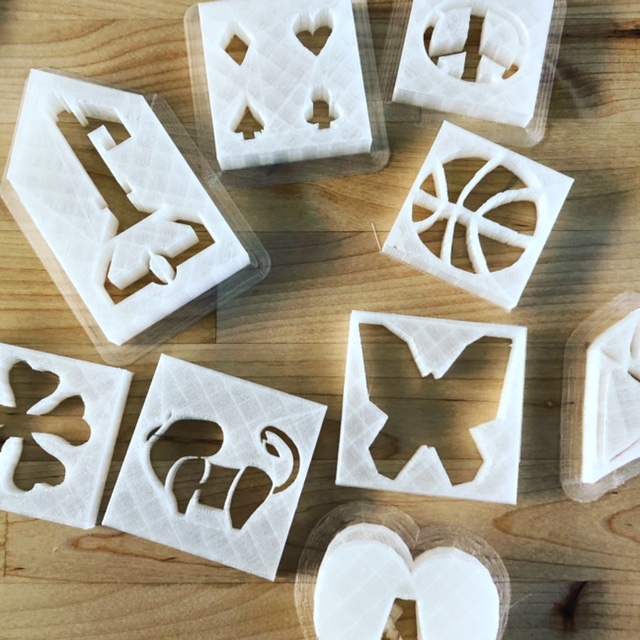 Heating up plastic plates and then vacuum forming them made the final mold for the students to use for making their soap. We have a variety of colored dyes and scents so each soap was not only unique in size and shape, but scent and color as well.

For the Ambassador’s last project of the summer we had them make their own stop motion movies.  So many of them were very creative, using a variety of materials and mediums to bring their ideas to life.  Above is a video of one of the movies made. The youth used one of our other projects, a toy take-a-part as his concept.

Overall we had a great 14 days with the Ambassadors and can’t wait to have them come back to the Fab Lab to build upon their new found skills.